DOCTOR OF THE CHURCH

LOUIS AND ZELIE MARTIN, PARENTS OF SAINT THERESE OF THE CHILD JESUS, WERE CANONIZED ON OCTOBER 18, 2015 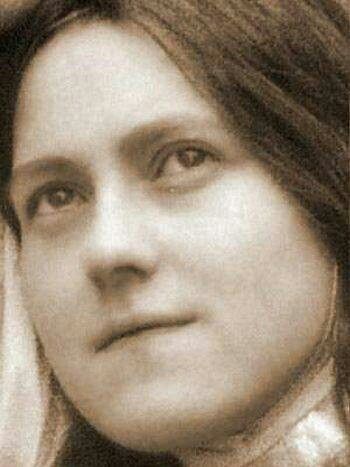 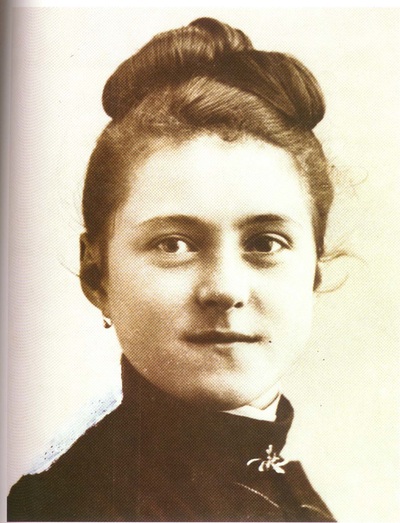 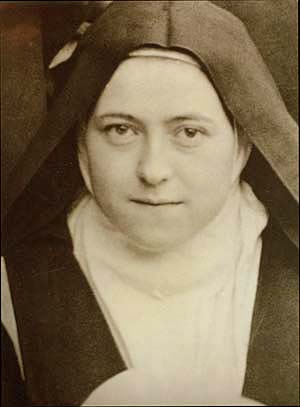 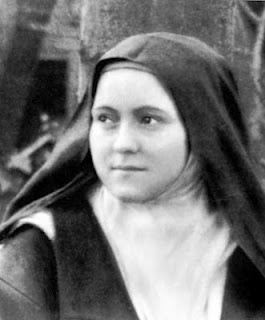 Saint Therese of the Child Jesus and the Holy Face was born in Alencon, France, in 1873.  She was the youngest of nine children, four of whom died in infancy or early childhood.  Her parents, Louis and Zelie Martin, were beatified as an exemplary married couple on October 19, 2008, by Pope Benedict XVI.  Therese entered the Carmel of Lisieux at the age of fifteen, considered young even at that time.  Two of her older sisters, Marie and Pauline, were already there, so the acceptance of Therese caused some anxiety within the community.  In fact, as a professed nun, Therese never enjoyed full chapter voting privileges because of the predominance of the Martin sisters, after her sister Celine had also joined the monastery.

Psychologists today see Therese Martin as a child who was traumatized by the early death of her mother when Therese was only four years old.  Zelie was suffering from breast cancer, and so her youngest child had to be nursed by a different woman.  Therese's early years were spent at the home of a country woman named Rose Taille.  At the age of fifteen months, she returned to her family home in Alencon, where she was received with unusual affection as well as discipline.  The Martin family attended daily Mass at 5:30 AM.  They strictly observed the fasts and feasts of the Church, and prayed each day according to the liturgical calendar.  After her mother's death, her father, who was a watchmaker by trade, moved the family to Lisieux, in Normandy, France.  Louis affectionately called his youngest daughter his "little Queen."  He loved to take Therese on long walks in the country or to visit the Blessed Sacrament.  Her older sister Pauline, Therese's "little mother," took her under her wing, teaching her the catechism, grooming her in virtue and the practice of self-sacrifice, a custom that their mother had started.  But when Therese was only nine years old, she lost Pauline, who entered the Carmel of Lisieux. This  triggered an emotional crisis that lasted for several years, culminating in a mysterious illness that shocked the family into offering several Masses for her recovery until, on May 13th of 1883, Therese was miraculously cured when a statue of the Virgin Mary, which had been placed near Therese's bed, suddenly came to life and smiled at Therese.

Therese's trials were not over yet.  Although cured of her illness she still suffered from scruples, excessive sensitivity, and exaggerated fears.  She was a young mystic saint in the bud.  During those difficult years, God revealed to her  in a mysterious vision her father's future suffering.  She grew in contemplative spirituality, writing in her autobiography, Story of a Soul, that she prayed, like the Cure of Ars,  by simply looking at Jesus for hours, as He looked at her.  The purification that she was undergoing kept her in a difficult darkness and dryness, characterized by anxiety and childishness, until Christmas of 1886, which she described as her "Christmas conversion."  After attending midnight Mass with her father and sisters Leonie and Celine (her sisters Marie and Pauline had entered the Carmelite convent),  Therese excitedly prepared to open her gifts when she overheard the words of her tired father, addressed to her sisters, "Fortunately, this will be the last year."  Therese was then thirteen years old.  She was stung by the words, and began to cry, alone in her room, until Celine came to console her, suggesting that she do not try to return to the room downstairs where her father was waiting.  Then, suddenly, Therese felt strength entering her soul.  She ran down the stairs and joyfully began unwrapping her gifts, intent not on her own pleasure, but on pleasing her father.  This may seem like a small incident, but God works great miracles in small and hidden ways.  Therese described the change that took place in her own words:   "In an instant Jesus, content with my good will, accomplished the work I had not been able to do in ten years."  She felt that she had "recovered the strength of soul" she had lost when her mother died.  "I felt, in a word, charity enter my heart, the need to forget myself to make others happy.  Since this blessed night I was not defeated in any battle, but instead I went from victory to victory ...." [from Story of a Soul]

Therese's account of her Christmas conversion is typical of the wisdom of her Little Way of Spiritual Childhood as taught in her autobiography.  In 1997, the centennial year of Therese's death by tuberculosis as a professed nun of the Carmel of Lisieux, Pope John Paul II declared her a Doctor of the Church, a true daughter of St. Teresa of Avila, who was the first woman to be declared Doctor of the Church in 1970 by Pope Paul VI.